I was clearing off my refrigerator tonight, because my granddaughter likes to look at the magnets and put them in her mouth. However, most of them are not chew-proof or choke-proof. As I made my way around, I noticed my calendar: 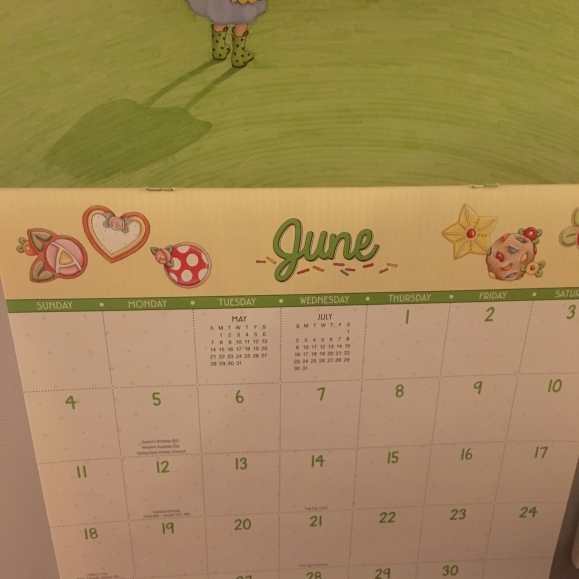 I also found a cartoon that always cracks me up. 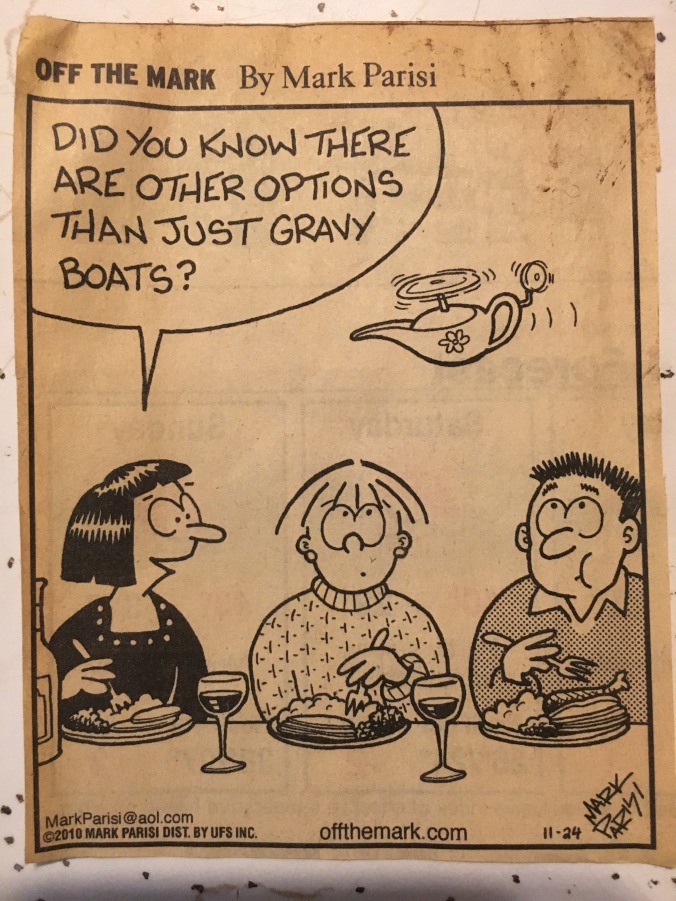 This has been on my refrigerator for a long time, and it’s not going anywhere!

I’m a production manager from way back, but sometimes I forget that about myself. I forget that I actually know how to get things done, and I get bogged down by how much doing there is to do.

That’s always the way, isn’t it? Instead of taking things one step at a time, we look at the whole project and get frightened away! While we do need to see the whole picture in order to get a vision, set a goal, and define objectives, we won’t get very far until we take that first step.

So, early this morning I took my To Do List (from my head, because I have been too afraid of it to actually write it down) and turned it into a Project Board. It’s a productivity tactic I’ve used in the past, and it’s been very effective for me.

This is my office cupboard. As each task is finished, I will place that sticky on the right side. It’s important to do that step, because seeing what you have already done feeds your drive to get it all done! (Hearts mean I need Doug’s help, and squiggly lines mean it’s particularly time sensitive.) Some things have to be done sooner, but I’ve given myself a goal of being mostly done by Friday night.

Do you have any productivity tips you can share?

Thought I’d share some pictures of the Dieterles giving out candy tonight.

Lucy’s Grandma Melissa gave her this outfit when she was born, and it made a great costume for tonight. 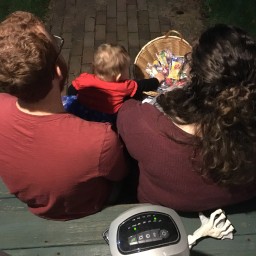 She had fun watching everyone walk around, hanging out with her Mommy and Daddy. (Yes, that is a space heater in the second photo. They didn’t want her to get too cold.)

A friend, Christina, read my Halloween post and shared that she and her husband went through a similar re-evaluation of how to do Halloween a few years ago. They are a family in Southern California, and she shared that began hosting a neighborhood potluck. They put their fire pit and some chairs in the front lawn, and parents take turns taking the kids Trick-or-Treating. She said it’s one of her favorite traditions. “We actually decided to re-think Halloween several years ago after realizing what an opportunity it was to be hospitable. What other day of the year do all of your neighbors come to your door?”

I love that she does that! Maybe, next year we’ll be a little more prepared to do something similar. This year, we’ve tried to make a greater effort to know our neighbors. Maybe, by next October 31, we’ll be ready to kick it up a notch.

Well, that’s my day in pictures. How was your day?