There are times when I just have to stop and blog.

I’m not sure when I started keeping a journal. I always wanted to keep a diary, because all the girls on TV shows kept diaries and every great writer always had one that was published after they died. I didn’t have anything to put in a diary when I was seven-years-old, but I dreamed of being a great writer. So, I made an effort

I usually finished my class work early in junior high, so I would sit at my desk and read or write stories.

In high school, I started writing letters to God. It wasn’t a regular thing, but there were just times when I needed to “talk” to someone. I still write letters to God.

In college, keeping a journal became a regular part of my life. I started college young, so I didn’t feel like I had anything to say to all those “grown-ups.” I was also too young to drive, so I spent a lot of time waiting for and riding on buses. Pulling out my journal and writing was good company. Steno pads and Bic pens were my favorite tools back then, but I’d write on anything.

After getting married and becoming a mother, I rarely wrote in a journal. I still have a prayer journal, but I’m more likely to stick a prayer request on my wall.

In 2006, when Doug was very sick, I dipped my toe into the blogosphere. Blogging was a good distraction during a harrowing season. I rediscovered an old friend.

I long ago stopped dreaming of being a professional writer—somewhere in my 20s. I just do not enjoy the business of writing, and I don’t think anyone is suffering for it. To quote my favorite beagle, “Blech!” No thanks. However, I still love to write. I still feel that need. And, a blog is good company. It’s just not always solitary. Almost any blog is going to get read by someone else eventually.

Well, I didn’t know I’d be writing about journals and blogs and writing, when I sat down with my laptop today. I happen to have my old journals downstairs from the attic, so I took a flip through them and snapped a few photos. Actually, I don’t have all my old journals; and, awhile back I ripped some pages out of the journals I kept. Not every experience or thought is worth remembering. However, I read some things just today that were nice to read, again, My old me surprised the current me. That was neat.

My Prayer Journals these days. They are scattered around my room. I won’t show others, because some names might be known to readers. 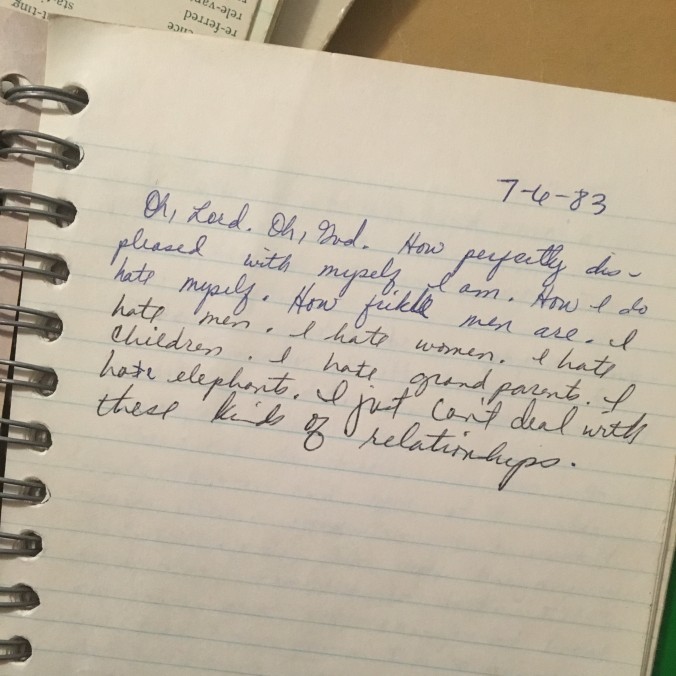 Hahaha!!! It must have been a bad day for me to hate elephants.

Most of my journal entries are about this dumb. LOL 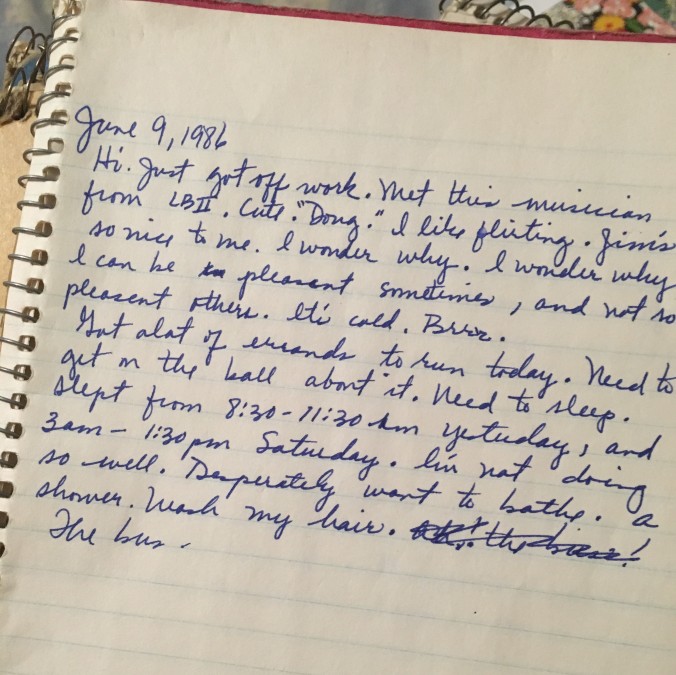 A good reason to write down the “dumb” stuff. I never thought about “Doug” again, until we met again over a year later. I’d forgotten all about meeting him in 1986, until I found this journal entry over ten years later.

Seventeen, and in love with words.

Be careful what you pray for, they say.

I was so happy to find entries from during my pregnancy. 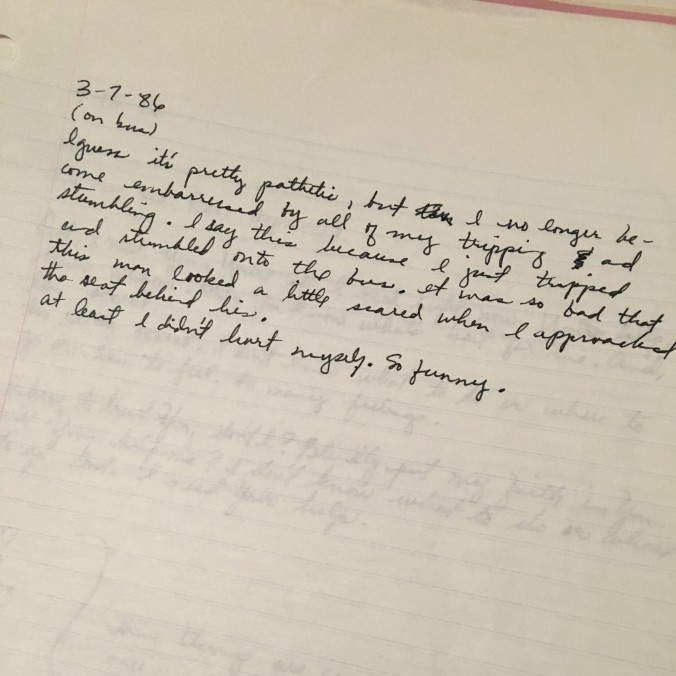 This is when I worked at CUB Foods in Columbus, Ohio. I was 20-years-old. Cashiering was not my favorite job, but I did finally get good enough to work the Express Lane.

One more thought on blogging…it reminds me of testimony time in church, when I was a kid. People would stand up and share whatever had happened to them that week, or whatever was going on in their life. Sometimes, they had a testimony of how God had moved, and sometimes they were asking for prayer for God to move. Not everyone shared, and sometimes it was boring or no one paid much attention, but it was mostly good. Even interesting. You got to learn something about each other, and that’s a very cool thing.